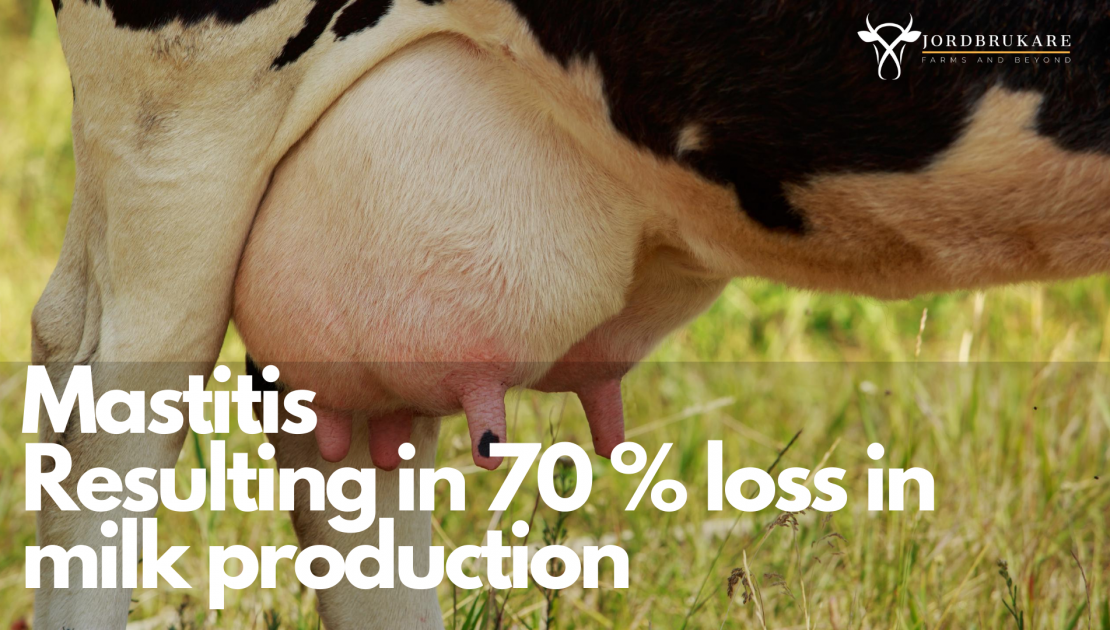 Bovine mastitis is the persistent, inflammatory reaction of the udder tissue due to physical trauma or microorganisms infections. Mastitis, a potentially fatal mammary gland infection, is the most common disease in dairy cattle in the United States and worldwide. It is also the most costly disease to the dairy industry. Milk from cows suffering from mastitis has an increased somatic cell count.

New Delhi, Aug 22 (PTI) The steep rise in bovine mastitis, a disease in which blood gets mixed with milk, is responsible for nearly 70 per cent of the losses in milk production in India and also poses a significant public health risk, says a study.

The situation will deteriorate if livestock farmers are not trained to detect the progression of the infection, Indian Institute of Technology-Roorkee researchers warn in their recent study.

The study, titled ‘Milk protein for the progression of bovine mastitis disease’, estimates that the nearly 70 per cent loss incurred in milk production due to the infection costs the country over Rs 7,165 crore annually.

Bovine mastitis is a lethal infection of the mammary glands in cattle and results in huge reduction in milk yield and quality.

According to her, 50 per cent of livestock farmers don’t have enough awareness of the disease and hence fail to see the signs of an infection that can also find a route to humans.

“Bovine mastitis is cut-by-cut torture to animals, public health and to the global economy. Inside the mammary gland, harmful enzymes and reactive oxygen species break down the extracellular matrix, which leads to the death of epithelial cells,” Ambatipudi told PTI in an email interview.

“Blood-milk barriers are breached and blood gets mixed with milk as it comes off the teat. There are reports which showed these pathogens break across specie barriers and find routes to be transmitted to humans through infected quarters,” added the lead researcher of the study.

She said milk from “infected quarters” can cause severe food borne illnesses such as brucellosis if consumed raw or unpasteurised.

Brucellosis is a bacterial infection that affects thousands of people worldwide. Avoiding unpasteurised dairy products and taking precautions when working with animals or in a laboratory can help prevent brucellosis.

Ambatipudi stressed on the need to train farmers so they are able to understand the progress of such a chronic infection, In India, marginal producers and small-scale farmers own over 60 per cent of all milch animals and form the core of the milk production sector.

“The negative impact can be a huge constraint on the development of profitable dairy. This is particularly relevant in developing countries like India because the dairy industry has a strong role in the livelihood of poor people and contributes significantly to alleviating poverty by providing regular income for the household,” she said.

“Another important issue is the lack of awareness among farmers for sub-clinical cases. This is of fundamental importance because of the possibility of spreading the disease through the herd and posing a public health risk due to consumption of unsafe milk,” she added.

Ambatipudi said the level of occurrence of bovine mastitis varies all over the country.

In her view, there is no one-step solution to control the problem and what is needed is grassroots management strategies.

It can be prevented by eliminating sources of infection. This would include maintenance of hygiene standards and reducing the amount of bacteria in the environment, she said.

IIT-Roorkee’s three-year research, funded by the Department of Science and Technology, got published in the Journal of Proteomics and won the Science Engineering Research Board (SERB) award.